One particularly interesting aspect of Mumbai is that you will find some event or activity to participate in. The reason for this peculiarity, in this city, traveling takes a bigger toll (time, money, energy) than the event itself. You would find the city with evident media to catch your fancy and keep yourself occupied.

On a broad spectrum, there are enough engagements (engaging events) on paper in the form of workshops or otherwise. Attending a few would tell you that the number of patrons for the same pale in comparison to other formats such as including but not limited to, movies and theaters.

To put this in context, some of our earlier, fresher memories involved creating entertainment for ourselves. While one cannot generalize, but everyone somewhere has killed boredom via playing game(s) like ‘vish amrit’ (ice and water’ or lock and key for the elites) where the entire purpose was to be entertained. 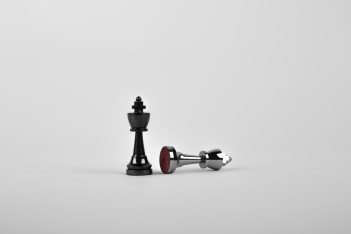 This can somewhere also be reflected in the overall structure of our societies’ functioning. Festivals were supposed to be about self-engagement. There would be a Sunday church to educate, the prayers and aartis on timings when people would be free. Essentially, the idea was to actively engage. The mini-islands would eventually lead to other tangential benefits of knowing people and networking, but they were additional benefits. The core purpose was engagement.

There is no clear cut to this. One can blame the printing press, books, television(s), computers or the things in existence that are beyond our purview or ability to subscribe to, but the theme remains the same- we have progressed towards other forms of entertainment which requisite minimal engagement from our side as audiences.

To cite an example, I might entertain myself by reading a book, maybe converse with a friend. Instead, I choose to go ‘attend an event’ where I act as a recipient rather than an active player because the cost of travel was not high enough and it reduced the self-inflicted guilt of ‘not being active on a weekend’. Essentially, I am trying to placebo myself into feeling more active than I actually am, basis my perception. This includes similar means of escape- Netflix, sleep, sports among others.

As a counter-argument, there are people who go to the gym, study in their free time and play hullabaloo against the clock or to put it simply are physically and/or mentally active. But these activities have a targeted outcome, a reward that we wish to gain. The core understanding is that we have left behind our capability to entertain ourselves.

Entertainment, or being engaged is essentially the primary substance of existence. You can strip away everything but the need to be engaged doesn’t go away. It can be something as forced as a lion chasing your wiping ass, your boss harassing you to death or something self-driven as finding a mate because biology demands that. Keeping ourselves occupied is inhibited in us. Hence, as an individual, I find it interesting that we have an aversion towards our own happiness, let alone making informed choices.

If I accept the hypothesis in question for a minute and accept that we as a race have immense inertia, does it not make it simpler to accept that social media and other ‘addictive platforms and activities’ actually are more aligned to our preferred state of being against the entire argument of data privacy and self-censorship? In effect, we may not be the best decision makers and just maybe’ the concept of equal voice and voting is flawed due to the said primitive tendency of working away from effort wherever we can.

I dream of becoming a good writer someday. Ironically, I will judge my quality based on the sales and nothing else, after all, it’s the bestseller that makes the mark. I also dream of becoming attractive and saving the world. Reach me at- https://tripperbaboon.wordpress.com/.

A surprisingly quiet baboon who loves to type so much that he keeps postponing it. View all posts by tripping without trips