Whether it be the world of blogging, working from your office, or researching on your college project, we are all exposed to feedback from a reader base. This feedback varies from our performance reviews to solicited or unsolicited advice from friends, mentors or colleagues. However timid it might seem to you, the feedbacks tend to have to a lasting effect. But how do you reciprocate to them?

I have been in the world of blogging for a few years now, primarily to delve my professional frustration to writing, while working full time as an advocate. But I tend to keep this blog true to myself. Honest, brutal and undiplomatic (likewise to my professional life). The plethora of experiences includes making appearances before a court of law to attending late-night corporate meetings and giving guest lectures to thousands of students. The one thing common in all remains the feedbacks that I receive post the completion of work.

There was a time when I appeared before a judge on a legal matter, arguing on behalf of my Client. I was naive, albeit a fresher, and had no knowledge of courtroom decorum or a custom which is widely accepted in India. Unintentionally, I interrupted the judge on a point of law, which surprisingly was going against my Client’s interest. The judge reciprocated, and the discourse came to the point of experience of the recent generation of advocates I was representing. Whatever the feedback was, it was wrong — determining the capability of an entire generation on the ground of defending one’s own judgment was wrong.

The judge couldn’t accept his own flaws, and as a representative of my Client I could not back down. Neither really knew what to do. And besides, the advice of the other counsels to the judge wouldn’t work. It wasn’t until a few senior counsels came to my rescue and the fact that I had to diplomatically retract while praising the wholesome knowledge of the judge (much to the pleasantries). It was a maddening experience, that too for a recent graduate. None of my advice worked. However, I thought well and hard. How should I react to negative feedback?

Getting the feedback you disagree with can be maddening, and while you might be tempted to launch into a well-reasoned rebuttal, it’s better not to react right away. Give yourself time to understand what the person is trying to convey. Ask clarifying questions, or if not, wait for an appropriate time or moment to address your queries.

When you receive negative feedback, you are given a choice-
to react or to respond.

It happened at another event. I had written an article on the idea of god, expressing my opinion. The link to that article can be found here.

It specifically made sure that no references or express criticism of any religion or community were made. Therewith, to avoid offending any person or group in specific. Yet, it received major flak by a WordPress reader. No matter how hard I tried communicating my opinion, the person wouldn’t take no for a belief towards which he was adamant. If I had taken his flak to heart, I would have stopped writing altogether. Yet, I thought “I don’t write to please him. I write for my idea of expression. I write because it provides me with a channel to fret my thoughts out. I write for my will to communicate.”

I took his criticism constructively to understand how I could improve my expression and to understand how people have a defence mechanism built around their belief, which when challenged brings out the worst in them. Although, it doesn’t stand true for all. 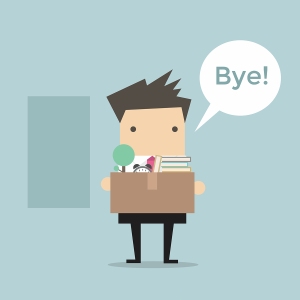 When you receive negative feedback, you are given a choice- to react or to respond. The way you reciprocate to it builds your conversation. When you react, you tend to invite an argument with no outcome. But when you respond, you invite a discourse which helps in development.
Whenever you are faced with such a situation, stabilise yourself, and respond with a query to understand that feedback- “Can you tell me more about it?”

You may refer the feedback to your close friend, family, or a trusted colleague and seek their honest opinion. Once you have understood what the feedback actually is, and have thought about it with a calm mind, then you decide whether it’s worth to respond on it or not.

Remember, to react or to respond, the choice is always yours.