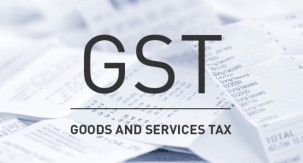 GST is not merely a product of objective analysis. The national debate on its implementation is a case in point i.e. to be weighed upon a broader taxation policy perspective. The question at stake is the viability of taxation policy in the whole, which is a dire reflection of the economic policy, highly apprehended by the duties of a state.

As per reports, India’s present GDP- tax contribution is merely 18% which is less than that of the developed nations viz. 30%-40% and that of other developing economies i.e. 23%- 26% for Mexico, Brazil, and South Africa resp. The total tax collected in India comprises of 2/3rd indirect tax and only 1/3rd direct tax, which is extremely unhealthy and direct opposite of the developed countries. It is with this perspective the coming of GST (Goods Sales Tax) was a good breather. With the bringing of automating trails and digitalization, it has become a bit difficult for people to evade tax reforms and default in paying off the taxes. Secondly, with the coming of GST there has been a pull and push towards the registration and compliances of business units (inclusive of unregistered sellers), primarily due to the peculiar system of input tax credits.

However, notwithstanding the above, the decisions with respect to the tax rates have been disappointing. The issues of paramount confusion are laid down as follows:

It is clear from the aforesaid that tax enforcement is also a matter of discovery and voluntary disclosure. The tax discovery in India has always been of avoidance rather than that of compliance. In the paradigm of forceful application of GST in the current behavioral model from non-compliance to compliance the issue of cultural shift has been overlooked.

In order to implement the GST successfully the government needs to have a clear understanding of the mass(es) requirements. There is a need to bring a shift in the social behavior wherein tax evasion would become a social stigma rather than be considered as a badge of smartness.