Ladakh tells many a tale.

“Julley, welcome to Leh”- a cheerful welcome from smiling native faces greeted us, giving us a realization that this place has a multitude of stories to tell.

The Desert Mountains are loaded with fascinating narratives of power and grandness, floating clouds whisper sagas of the glorious past. Unknown roads lead you to many new stories, and the innocence of a lone villager welcomes you to his land with a grand smile.

The untold plateaus, unnamed mountain peaks, and unexplored pathways echo the story of numerous invasions. While the Gompas, the Stupas, and age-old Monasteries stand tall as the sole witnesses of the conquests.

And I was day-dreaming

That was my first day in Leh. The sun was playing hide and seek with the distant mountains, and shadows of clouds were traveling over the barren landscapes. I was day-dreaming. A sheer excitement tickled me with the realization that the most awaited moment, my childhood dream of visiting this place, has come to materialize.

I was ready, to live in a place of massive barren mountains, and to breathe in the scenic lakes lying in between them. I was excited, to drive up to one of the world’s highest motorable road; to attend prayers in enchanting Buddhist monasteries, and to perceive ancient architectures, which are still standing strong amidst the extreme weathers. I was thrilled, to witness the presence of the Indian Army in the remotest corner of the planet; and to salute them with utmost respect.

There was not much to do. Standing atop a hill and basking in a full view of the valley, it looked easy to live here. The remoteness of the valley is reflected in its lively and active people who are happily blessed with ample of time. Time to spend abundantly with their family. Their friendliness is intoxicating and has a power to soften the language of big city people. The metropolitan hearts start to smile, their eyes beam with satisfaction.

It didn’t take us long to make friend with Tashi Tukchu, forty-five, a man full of anecdotes and the owner of our two-days homestay in Leh. We were offered gur gur cha (butter tea), which is a regular part of their lives and particularly suits at high altitudes. It tastes an interesting concoction of tea leaves, butter, and salt, which a few would prefer. As I loved it, my friend hated it. Our chit-chat over the salty buttery tea with Tashi was intriguing. His stories took us to hilarious incidents from his days in Sainik School (Nagrota, J&K). He also made us aware of his experiences from the Kargil war, when he was appointed in the military telecommunication department. We could visualize the war zone from his narratives and had goosebumps through-out listening to the 19-year-old stories from the pages of ‘Operation Vijay’.

A pause to reminisce the past

The Ladakhi land, as Tashi told us, was first visited by the Dards- the mixed Indo-Aryan in the 1st century. It started being influenced by the Tibetan culture during the 7th and 8th century. From ethnicity and religion, from crops consisting of barley, and the food inclusive of barley-based tsampa flour and the alcoholic chhang, etc., the Tibetan influence remains strong. The traditional meals in Ladakhi homes, thupka and tsampa, both hail from Tibet. Thupka is a dish of noodles, often vegetables and broth, while tsampa is a grain most often eaten in the form of porridge.

If you thought Leh, with its bluest of the blue colored sky, looked stunning during the day, I suggest that you wait for the sunset. The evening was magical. The countless stars dotting the ink-blank canvas of the night sky is definitely one of the rarest of sights, especially for us- the NCR dwellers. The first day indeed marked the perfect beginning.

As I surrendered to sleep, I noticed a poster on the wall quoting Soren Kierkegaard “Life is not a problem to be solved, but a reality to be experienced”. I took a pause, mused and realized- this was the time to live, to experience, and to be a sincere audience to the grand show that was being played before us.

A few glimpses captured in and around Leh:

Overlooks the city of Leh, and providing a panoramic view of the city, the village of Changspa and the surrounding mountains situated the Shanti Stupa. The Buddhist white-domed stupa was built in 1991 by Japanese Buddhist Bhikshu, Gyomyo Nakamura and part of the Peace Pagoda mission trying to resurrect Buddhism back in India. Views of sunrise and sunset from Shanti Stupa is breathtaking. 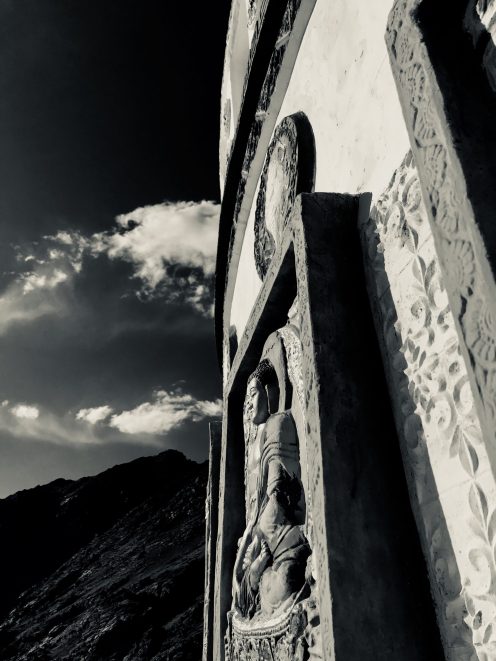 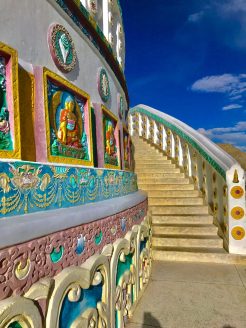 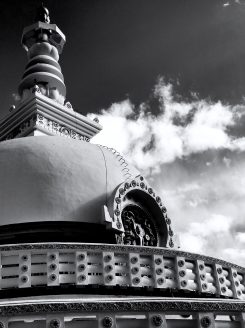 Hall of Fame, the museum located on the Leh-Kargil Road reminds everyone of the great sacrifices made by Indian soldiers during Indo-Pak wars. 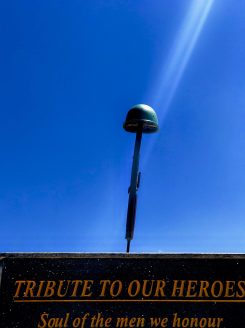 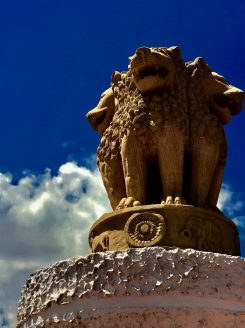 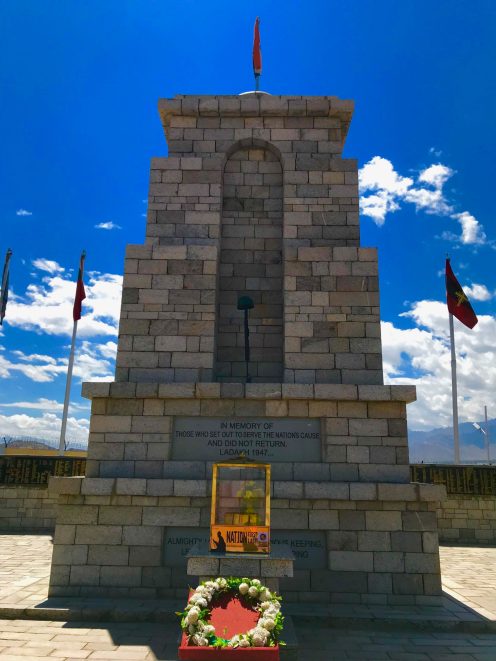 9-storey royal edifice which is almost in ruins now still stands as a testimony of Ladakh’s splendid heritage. This palace was constructed during the 17th century, under the patronage of King Singe Namgyal, and served as the residence of the Namgyal dynasty until the mid 19th century. In present times, the palace is the administrative office of the Archaeological Conservation Organisation that is owned by the Indian Government. 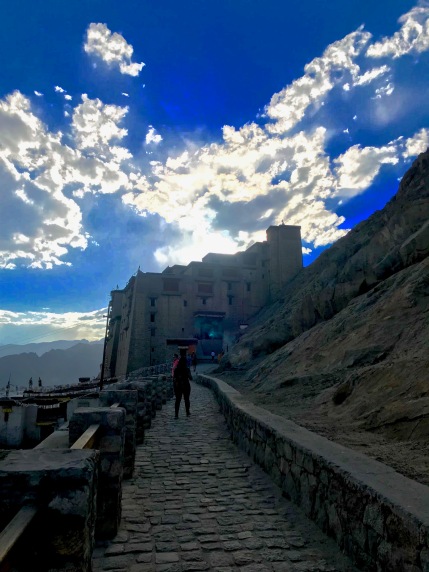 A 48 kilometer drive from Leh on NH 1 takes you to the confluence of the rivers Indus and Zanskar. The colors of the two rivers, the shiny bluish Green waters of Indus and the muddy waters of Zanskar can clearly be seen merged with each other. 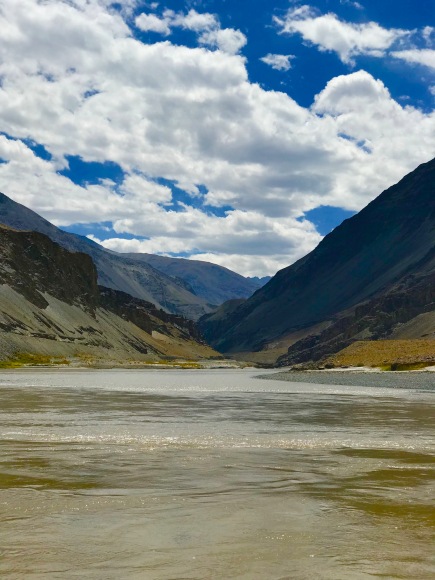 What we enjoyed doing the most in Leh market was to stroll around the narrow lanes; collected souvenirs from the Refugee market; bumped into small bookshops and enjoyed thupka and momos.

Stay tuned. The tales of Ladakhi Sun shall continue…!!!

Palakshi is a perpetual traveller. She can be reached at “the Uneven Pathway”.  If you enjoyed this blog post, share it with a friend!

3 thoughts on “Tale of A Ladakhi Sun”